Famous Portraits in Art that Changed the World

Growing competition from Microsoft Teams, coupled with a...
Business

Fire inspections for businesses are conducted by the fire...
Entertainment

Duonao TV is a great solution to watch live...
General

Ways To Support Your Team’s Productivity

A big part of a manager's role is keeping...
Finance

What to Look for in an International Money Transfer App

You may have come to the United States to...

From classic to modern art, several art pieces make their way to auction houses. Out of these, few achieve the fame that makes them true masterpieces. These also include the portraits in the art that change the world.

Portraiture is a significant form genre in painting. Portraits represent the characteristics and qualities of people with great precision. Let’s look at some famous portrait paintings that avid art lovers admire.

Girl with a Pearl Earring by Jan Vermeer Van Delft

Girl with an Earring brings about seduction in how it was painted. This is one of the most famous portrait paintings ever made that is presently housed at Mauritshhuis museum. The beautiful piece stands out. The blue and yellow headscarf of the girl boldly appears in contrast to the black background. The swift brush strokes and luminous skin speak of the beautiful capture of light. Another exciting feature of the painting is the intimate look of the girl. Her eyes are so deep. 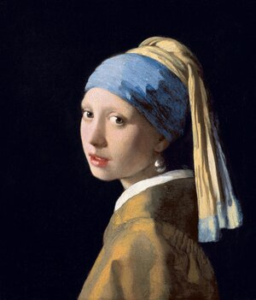 The famous art portrait is not of a specific person but is a universal display of ideal beauty. The Dutch interpret this. Yet the way she looks at you makes her so familiar that people find resemblance in her.

Another famous quality of the painting is the mystery attached to it. Nobody knows who the girl is. Nobody can decipher what she is thinking. Most Vermeer’s paintings represent women, and we do not know his connection with them.

The portrait’s fame can be seen by its presence on art books, cushions, bags, and other accessories.

Its exposure makes it a rival to Vinci’s masterpiece, Mona Lisa. You can also see the various forms it presents all over the internet. Visible in its altered form, it is used as a comic character. Also, graffiti on the Bristol wall with a security alarm replacing her earring appears.

Mona Lisa, the masterpiece Leonardo Da Vinci created, is one of the world’s most famous paintings. Mona Lisa has a special place at the Louvre, famous for its mysterious smile.

Viewers love this particular piece, dressed in a modest veil with a dark robe. There is a lot that is said about her gaze and smile. However, what makes it famous is its stark appeal. There have been several speculations about the identity of the Mona Lisa. Some individuals said that the painting represented Vinci’s mother. It was also said that the portrait resembles Lisa Gherardini, wife of a silk merchant. The identity continues to leave everybody intrigued, making the artwork more mysterious. 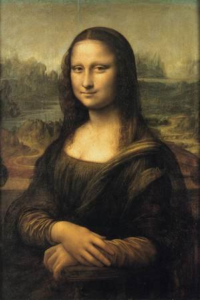 The theft of the Mona Lisa in the 19th century caught global attention. Later there was irreverence on the part of Marcel Duchamp, who drew a beard and mustache on the lady’s face. He also wrote a vulgar phrase over it.

Many artists reproduced and modified the Mona Lisa. And this is how it became famous in the world. It then traveled to the United States and Japan and became a celebrity. There isn’t a single reason for the fame of the Mona Lisa. Instead, many such circumstances have contributed to the fame it receives.

Portrait of Adele Bloch Bauer I by Gustav Klimt

While talking about Egyptian art, one can take a look at the portraits made by Klimt. For example, the famous portrait of Adele Bloch is a masterpiece produced by Klimt that gained world attention. Adele was the wife of an Industrialist, Ferdinand Bloch-Bauer. The art piece is a symbol of naturalism, and the beauty with which Klimt painted it, is remarkable. The portrait is decorated with ornaments that extend to the background. 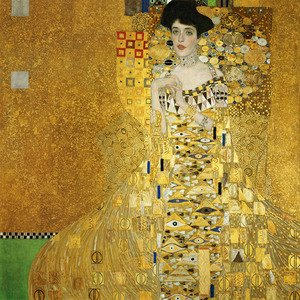 The painting impacted the world of art because of its inclination to history. It also was a wealthy possession of Ferdinand Bloch-Bauer, who retained it. However, after the Nazi annexation, Ferdinand lost everything, including his paintings. After a lot of effort, the painting of Adele was finally possessed by her niece, who decided to sell it.

President George Washington was also the Commander in Chief during the American Revolution. His Equestrian Portrait does not depict a specific occasion. Instead, it displays the personality of the national icon. The painting got its fame worldwide because it reminds us of the icon we saw on the one-dollar bill. 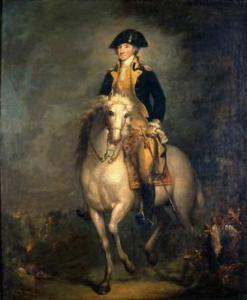 The painting clearly shows George Washington riding a white horse with a sword on his leg. He has American wilderness, as depicted in the painting, behind him.

The painting speaks endurance of Washington. Rembrandt Peale painted this magnificent piece to represent the noble deeds of Washington. It stands conspicuous as one of the most patriotic art.

American Gothic is a representation of a farmer and his daughter that stand stiffly. They are dressed in typical olden times, showcasing early generations. The house present was like the farmhouse that Wood had seen while visiting Iowa. 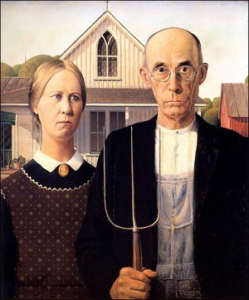 The artwork became a sensation as viewers were mesmerized by the ambiguity of the portrait. They wondered about the story of the figures. Wood aimed at conveying a positive side of the rural Americans. Yet, many thought it was a satirical move on the Midwesterners.

The inspirational work of artists creates masterpieces that become famous throughout the world. For example, the renowned portrait paintings in art history like the Mona Lisa, Girl with an Earring, and many more have contributed to the world of art. Such portraits have a special place in the world. This is attributed to luck, efforts, inspiration, and style of the artwork. The world awaits more inspirational artworks, especially portraits, to look up to.

Ways To Support Your Team’s Productivity

Growing competition from Microsoft Teams, coupled with a...

Fire inspections for businesses are conducted by the fire...

Duonao TV is a great solution to watch live...

Growing competition from Microsoft Teams, coupled with a...

Fire inspections for businesses are conducted by the fire...

What to Look for in an International Money Transfer App

You may have come to the United States to...