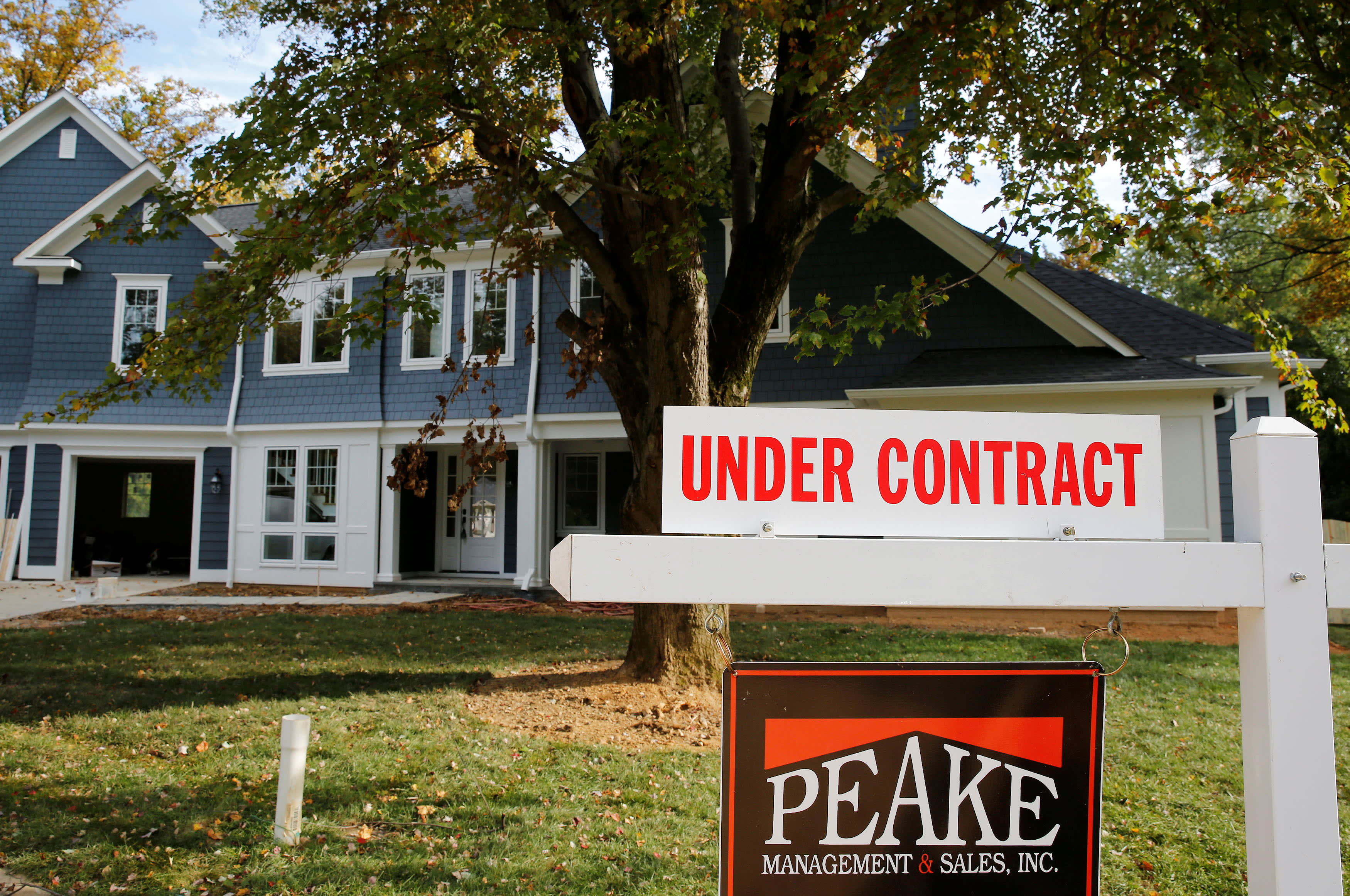 A real estate sign advertising a home “Under Contract” is pictured in Vienna, Virginia, outside of Washington.

The increase was largely driven by applications to purchase a home, which rose 5% for the week but were still 4% lower than the same week one year ago. That was the third-straight weekly gain.

Buyers may be rushing in during the usually slow holiday season because they are concerned that mortgage rates will move even higher than they have in the past month. Given how expensive homes are today, some buyers could be priced out if rates move much higher.

“Both conventional and government loan applications increased, and the average loan size for a purchase loan was at $407,200, continuing its ongoing 2021 run of being mostly above $400,000,” said Joel Kan, an MBA economist, in a release.

Mortgage rates have been climbing higher for the past month and continued to do so last week. The average contract interest rate for 30-year fixed-rate mortgages with conforming loan balances ($548,250 or less) increased to 3.24% from 3.20%, with points decreasing to 0.36 from 0.43 (including the origination fee) for loans with a 20% down payment.

Mortgage applications to refinance a home loan were essentially flat, rising just 0.4% from the previous week. They were 34% lower than the same week one year ago when rates were 32 basis points lower.

“The financial markets continue to discern the Federal Reserve’s policy path in the coming months in light of the current high growth, high inflation environment. Despite a fair amount of rate volatility last week, mortgage rates were higher,” said Kan, MBA’s associate vice president of economic and industry forecasting. “Borrowers continue to lock in mortgages in anticipation of higher rates in the future.”

The refinance share of mortgage activity increased to 63.1% of total applications from 62.9% the previous week.

Mortgage rates continued to move higher this week and are now more than 10 basis points higher than they were last Friday, according to Mortgage News Daily. Rates are now at the highest level since last April.

Britney Spears Celebrates Freedom: I’m Not Being Drugged By My Dad Anymore!

For the past 13 years, Britney Spears' conservatorship dominated every aspect of her life. After years of legal wrangling, a judge granted Britney her...
Read more
Load more

More than 150 countries, including India, have articulated enhanced ambition for emission reductionBy Anirban GhoshCOP26 has concluded, and nearly 200 countries have signed...
Read more

Security is a big concern for most people. Your data, photos, and all information you have online needs to be secure and kept from...
Read more

Can you tell us what you see first before buying raw materials for the goods or products you manufacture? Is it price or the...
Read more

An all-in-all guide to buying bitcoin in India

The value of one’s hard-earned money, particularly in today’s day and age cannot be underestimated. Thus, every day there is research on newer, more...
Read more